Constructed between 1901 and 1902 and then known as the Canadian Northern, Pool 6 was the first terminal elevator built for the Canadian Northern Railway. J.A. Jamieson designed and constructed the 2,500,000-bushel capacity elevator. The terminal was considered a “double elevator” because it had two workhouses and two annexes that operated together, each side labelled A and B. The design allowed for continuous operations if there was ever an issue in one of the workhouses or annexes. The original workhouses were wood construction, measuring 285x94 feet and 165 feet high. Each workhouse had 2 unloading tracks and a total of 10 shipping spouts. The original annexes were tile construction, using 12x12 inch tiles that were 4-6 inches thick. Each annex had 80 circular bins and 63 interspace bins for a combined total of 286 storage bins. The circular bins had a 21-foot diameter and were 85 feet high. Throughout the 1920s, the original terminal was demolished and replaced with reinforced concrete construction, designed by C.D. Howe and built by Barnett-McQueen. A fire in the wooden B workhouse in 1919 catalyzed these changes. By the end of the 1920s, the terminal’s capacity was anywhere between 7,000,000 bushels and 10,000,000 bushels. This grand elevator received international praise, even becoming the exemplary choice for the Encyclopedia Britannica’s entry on granaries.

The terminal eventually became Saskatchewan Wheat Pool 6 and finally Manitoba Pool 6. Pool 6 officially closed its doors in the 1990s and was stripped for scrap. In December 2000, the terminal was imploded. The Pool 6 site now houses the Alexander Henry Museum Ship.

Plans for Thunder Bay’s first terminal grain elevator began in 1882. Construction started in 1883 and finished in 1884. Owned and designed by the Canadian Pacific Railway, the elevator was “essentially a large wooden warehouse” that had its square storage bins and workhouse operations all under one roof. The capacity of this small terminal was 250,000 bushels. The first shipment of grain in 1884 came from the terminal’s temporary storage in Fort William, which was built to handle the influx of grain arriving to the Lakehead while the elevator was still under construction. The first direct shipment from the terminal was in 1885. The wooden elevator had a single receiving track, and originally all grain had to be loaded into the elevation legs by hand. In 1903, a concrete annex was constructed inland from the terminal, marking the first successful use of concrete slipform technology in the Lakehead. The bins were each 90 feet tall and 30 feet in diameter. By 1923, the original wooden workhouse was demolished, and a new concrete workhouse and loading gallery was built in its place. This workhouse burned in 1936, and C.D. Howe supervised its reconstruction the next year, bringing the terminal’s capacity up to 800,000 bushels. The CPR terminal gained international fame for being the first hospital elevator in Canada. Its driers could process 30,000 bushels of wet grain per day, or about 6,500 bushels per hour.

This terminal went through many name changes over the years. The CPR leased the terminal first to Joseph King, and the elevator became known as King’s Elevator. David Horn then leased the terminal, renaming it Horn Elevator. The CPR sold to Gillespie Grain Company in 1930 and the elevator took on the same name. Gillespie sold to Manitoba Pool Elevators in 1938, and the terminal finished its life as Manitoba Pool 2. Pool 2 ceased operations in 1977. It’s loading gallery was dismantled, but the concrete reconstruction remains standing.

Arranged to be built in 1916, Richardson Main (pictured bottom right) is one of the few functioning elevators located in the Intercity area. Originally designed to house 2,250,000 bushels, The Eastern Elevator stood the test of time and, along with Richardson International, makes up the current-day Richardson port. After the elevator's initial construction, the capacity was gradually increased until 1974 when the capacity was reported at a whopping 7,7000,000 bushels. In 1965, the owners of Eastern Terminal adopted the name Richardson Terminals Limited, forever changing the elevator's name to Richardson Main.

Constructed between 1916 and 1918, Pool 4A holds legendary status as Saskatchewan Wheat Pool’s first Lakehead terminal and first elevator built outside of the Prairie province. C.D. Howe Company designed the elevator, known originally as Saskatchewan Co-Operative 1, with the same orientation as the Dominion Terminal, which had the track shed between the workhouse and annex rather than off to the side. The elevator’s original capacity was 2,500,000 bushels but eventually became 5,150,000 bushels with expansions. Barnett-McQueen constructed the elevator in their typical material of reinforced concrete with brick panelling on the upper workhouse. The workhouse had 81 small circular bins, and the annex had 104 bins, 56 of which could hold up to 30,000 bushels of grain each. The rail tracks held 128 cars at a time, unloading 32 per hour. Eventually the hospital elevator, Pool 4B, was built on the same lot, but Pool 4A controlled all shipping operations through its lakeside workhouse. Ignited grain dust caused a major explosion in 1952, leading to the loss of 6 lives. This event—the second explosion at the Saskatchewan Wheat Pool Current River elevators—prompted serious considerations for dust control across the industry.

Pool 4A continued operations into the 1990s, when downsizing threatened the waterfront. The terminal ceased grain operations around this time, but it remains standing.

Originally known as Saskatchewan Co-Operative 2, then Saskatchewan Wheat Pool 5, then Saskatchewan Wheat Pool 4B, construction began on this hospital elevator in 1918 as Pool 4A was nearing completion. Though it was built on the same lot as Pool 4A, Pool 4B had essentially its own operations. It had its own track shed, workhouse, and annex, but without direct water access, it transferred grain to Pool 4A via enclosed galleries to load onto ships. The elevator’s original capacity was 650,000 bushels, and with expansions over the years it grew to 3,318,000 bushels. Eventually, Pool 4A and 4B operated together and had a combined capacity of 8,468,000 bushels. Unlike 4A, which used shovels to unload railcars, Pool 4B had boxcar dumpers that could unload at an increased speed. As a hospital elevator, Pool 4B focused on cleaning and drying operations. While loading a ship with dusty screenings in 1945, a spark ignited in the annex basement and a massive explosion travelled up throughout the elevator. Portions of Pool 4B’s annex and workhouse walls completely blew out, and flying debris hit Pool 4A. There were 22 casualties, and 30 more people recorded major injuries.

After the explosion, the terminal was demolished and quickly rebuilt. Pool 4B continued its operations alongside Pool 4A until it closed in the late 1990s/early 2000s. The elevator remains standing.

Constructed in 1927 at Current River, United Grain Growers A was situated beside the previous UGG elevator known as Grain Growers Elevator H, an elevator UGG sold shortly after. Supervised by C.D. Howe, the construction of UGG established the world record for the fastest construction of a building of this kind. The elevator design incorporated 500 storage bins with a capacity of 30,000 bushels per bin which would fit 15 box cars or 9 tanker cars. At the time, the project was valued at $2,000,000 and the final cost of the building permit ended up being $601,000. One of the greatest setbacks ever experienced by the elevator came in the form of a tidal wave in 1959, which was caused when the outshore storage annex entered Lake Superior. The resulting damage to the elevator alone was estimated at roughly $4.5 million dollars and approximately 3.5 million bushels of grain was lost to Lake Superior. Thankfully, no lives were lost.

Eventually, UGG was bought out by Agricore where the latter absorbed the former. Once the defunct elevator was no longer in use, it was eventually repurposed into the current day Richardson Current River. 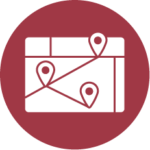 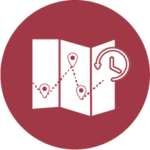 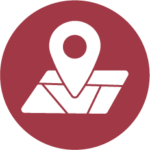 Go with the grain! No matter how you arrive or where you find yourself in the city, Thunder Bay's grain elevators are hard to miss. Include the captivating story of Thunder Bay's grain industry in your trip and uncover  a surprising dimension of the city's history.